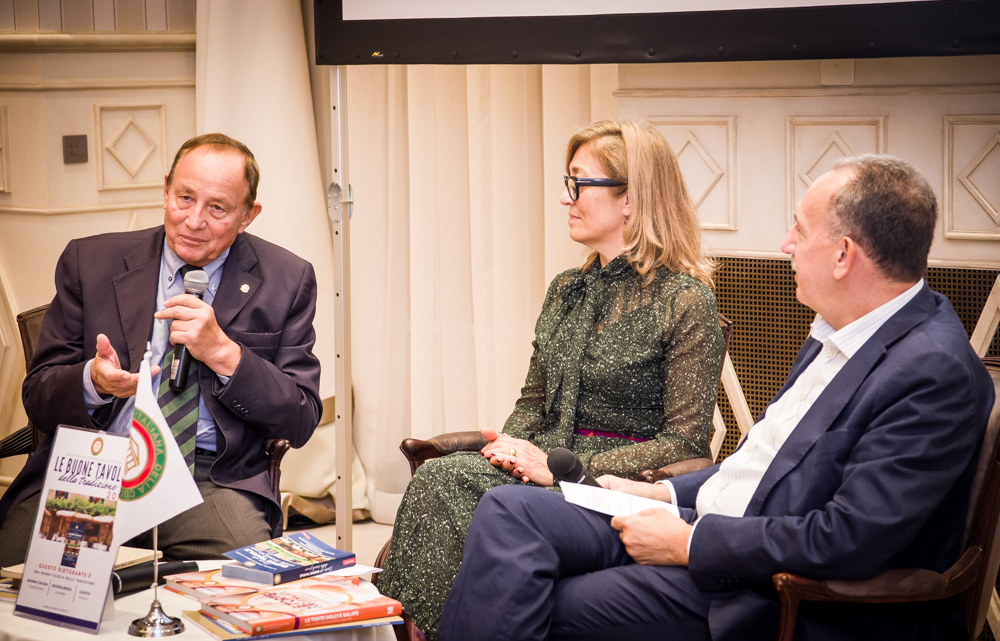 During a well-attended press conference, President Paolo Petroni presented the Guide’s new edition, available in bookshops for the first time.The journalist Carlo Ottaviano moderated the gathering. Speakers included Marcella Meciani, Editorial Director of Vallardi. Both emphasised the distinctive qualities of the Academy’s Guide: a publication outside the media sphere of celebrity chefs, and therefore aloof from fashions, because cooking is a serious matter. A Guide dedicated not to televised cooking or Michelin-starred chefs, but ‘good tables’, meaning restaurants which the Guide can recommend to its readers for traditional regional fare. In sum, the Academy’s guidediffers from others in selecting a manageable number of restaurants (approximately 800, including some abroad), refraining from assigning points (stars, chef’s hats, forks), and using the reviews not of dedicated ‘inspectors’ but of its own Academicians, ordinary patrons.