The President of the Academy 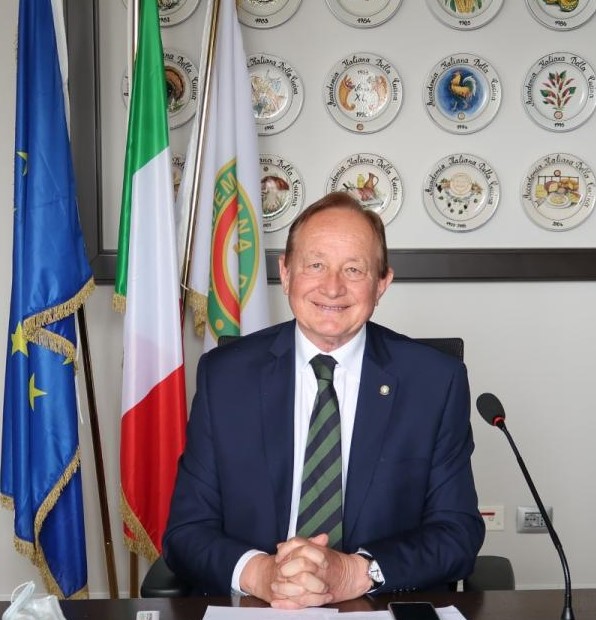 The 16th Delegates’ Assembly held in on the 30th of May 2015 elected him President of the of Cuisine, confirming his appointment in in 2018. On 22 May 2021,  Delegates in Italy and abroad gathered remotely and re-elected him, by a large majority, as President  for the three-year term 2021-2024.

Born in on 25 August 1942, he holds a degree in Economics and Business, and in addition to his work as a marketing expert, he has dedicated himself to the research and rediscovery of cuisine, especially regional Tuscan cuisine. He has published several books, including Il libro della vera cucina fiorentina (The Book of Real Florentine Cuisine); Il grande libro della vera cucina toscana (The Big Book of Real Tuscan Cuisine); Il grande libro dei primi piatti (The Big Book of First Courses); and Spaghetti amore mio (Spaghetti, Mon Amour). He joined the Academy in 1975 and the President’s Council in 1994; in 2008 he was appointed President of the Franco Marenghi Study Centre, and in 2009, Secretary-General. He has been Honorary Delegate for .

His official duties coexist and blend with his three foremost Academic passions: monitoring restaurants, publishing, and defending Italian cuisine abroad.
He conceived the Good Traditional Table Guides and supervises the constantly updated online Restaurant Guide (website and app).
He is Editorial Director of the Food Culture Library series and of the magazine Civiltà della Tavola (Culture at the Table), whose graphics and contents were substantially revamped under his direction. He coordinated and oversaw the drafting of the nationwide cookbooks La Cucina del Bel Paese (La Cucina: The Regional Cooking of Italy) and La tradizione a tavola – 3000 ricette dei paesi d'Italia (Traditions of the Table – 3,000 Recipes from the Regions of Italy).

He also cultivates transnational prestige. Intense collaboration with Italian diplomatic posts and other representatives abroad has aimed at a unified mission: defending Italian cuisine internationally by involving Delegations and Legations, which have invariably participated in all editions of International Italian Food Week, promoted by the Italian Foreign Ministry with the Academy as an official partner.

A message from the President